I am writing you to ask that you vote ‘NO’ during Wednesday’s House of Commons vote on the UK’s military bombing of Syria.

This same war vote failed in August 2013 for the very same reasons it should fail in November 2015. Firstly, because it would be illegal under International Law. No member of the US-led “Anti-ISIL” Coalition is acting on an any real legal basis in Syria, and are all in clear violation of International Law. Secondly, it fails because no nation who has a open foreign policy contributing to destabilising another country – should rightly be allowed to declare a new war which claims to somehow solve that same destabilisation. In other words, the same toxic foreign policy that caused the problem should not be put forward as the solution to it.

Before anyone can rightfully debate the merits of any military action in Syria, then there should first be a Parliamentary Inquiry into the activities, clandestine or otherwise, of all members of the US-led ‘Anti-ISIL Coalition’ and determine who is doing what in terms of arming, funding, training, smuggling, and general colluding with armed insurgents – moderate or terrorist (is there any difference?) on the ground in Syria, and at insurgent safe havens in Turkey and Jordan. The facts are very clear – almost every member of the US-led ‘Coalition’ has at some juncture supplied either cash, weapons, or military training to the very same terrorist fighters (including al Nusra Front and ISIS) which they are claiming to be fighting against. On record, the worst offenders in facilitating the terrorist conclave in Syria and Northern Iraq are as follows; Turkey (weapons, cash, black market oil transit, training terrorists, terrorist safe haven, human trafficking), Saudi Arabia (lots of cash, weapons), Qatar (cash, weapons), France (weapons to al Nusra), United States (weapons to al Nusra and ISIS, cash, logistical support, training), Jordan (training terrorists, terrorist safe haven), and even Israel (weapons, medical treatment and safe haven for al Nusra fighters), to name only a few.

Regrettably, Britain should probably be included on this list too. Why is British Foreign Officefunding certain Syrian ‘charities’ with direct links to al Nusra terrorist fighting groups? In addition, it also appears that certain British oil companies are very much invested in sustaining ISIS’ black market oil sales by way of the Kurdish Regional Government (KRG) in Iraq and Turkish military intelligence (MIT), all of whom have cooperated in oil smuggling operations, including the supply arms to terrorist groups. One example is British oil firm, Genel Energy, who is contracted by the KRG to supply oil for a major Kurdish firm has been accused of facilitating ISIS oil sales to Turkey. See a full oil trading report here:

The case is overwhelming. This is a very dirty, covert war that’s being waged in Syria.

There is too much evidence available for elected officials to simply claim ignorance, and failure to address the historic links between western intelligence agencies and al Qaeda terrorists, and more importantly, this systematic pattern of collusion between members of the ‘Anti-ISIL Coalition’ and terrorist brigades only invites a continuation of the violence.

MPs must also understand that there is no legal basis to go to war under International Law – not under Article 51 of the UN Charter, and not under the recent UN Security Council Resolution 2249. Neither provides for the a military operation in another nation-state like Syria. If there was any possibility that either Article 51 or UNSCR 2249 could be spun to justify a ‘legalish’ military intervention in Syria, that was neutered on Oct 1, 2015 when Russia legally entered the conflict to help flush out the terrorist insurgency.

Once again, the only ‘legal’ option for Britain, or any other member of the extrajudicial ‘Coalition’ is either by an explicit UN Security Council Resolution, or for military involvement in Syria to be conducted at the request of the sovereign nation-state of Syria. By just repeating hyperbolic political mantras like, “Assad must go”, or “Assad has no legitimacy of his own people”, does not disqualify Syria and its government as the internationally recognised government by the United Nations. To assume so is nothing more than cheap ‘cracker jack’ diplomacy by someone who is only interested in regime change and not at all interested the true desires and aspiration of the Syrian people. This same shallow diplomacy was used previously by western political leaders to delegitimise other nation-states, like Yugoslavia, Iraq, Libya, Yemen and now in Syria. All of these nation building projects have left nothing but death and destruction (western corporate ‘rebuilding’ profits) in their wake. In the case of Libya and Iraq, the collapsing of these societies by the US, Britain and France primarily – gave us the terrorists menaces of ISIS and al Nusra Front (al Qaeda in Syria).

If the UK’s primary intention was really to degrade and destroy ISIS and al Qaeda in Syria, then it would have already requested authorization from the Syrian government to participate in a coordinated military campaign with the only Arab force that has boots on the ground in Syria – the government’s Syrian Arab Army (SAA). That would have definitely helped to speed up the task, but neither the US, UK, France, Turkey ever bothered to do this and the reason must be this: the ‘Coalition’ has been banking on the hope that ISIS and al Qaeda affiliated terrorists would do the job of ousting the government in Damascus in the exact same way that NATO used Islamic Fighting groups on the ground in Libya in 2010-2011 to oust the government in Libya and collapse the entire country and its society – creating a permanent vacuum for lawlessness and terrorism. Anarchy and chaos followed Britain’s decision to bomb Libya. To this day, not one political leader who led the charge to destroy Libya has stepped forward to take responsibility for the collapse of Libya, and when the dust settles in Syria, expect the same behaviour again – namely, silence and evasion of any substantial inquiry.

If Western leaders and their allied GCC and Arab nations, are not willing to coordinate with the only Arab force, the Syrian Arab Army (SAA) who is actually fighting ISIS and al Qaeda on the ground, then why not coordinate through Russia? The answer is clear: despite all the western hot air and rhetoric about “defeating ISIS/ISIL”, it’s not actually their number one priority, far from it. The number one priority of the ‘Coalition’ was, is and always will be regime change in Syria.Western politicians have been lying and obstructing the truth from their public all along, since 2011, and even before that with US plans to overthrown the Syrian government could be visibly traced to in 2006 (as evidenced by Wikileaks cables found here).

If UNSCR 2249 is to be truly observed, then the Western powers should be focusing first on the cutting off the life-blood of ISIS and al Qaeda in Syria – by squeezing terror financing, locking down key arms, oil and human smuggling borders, and by sharing intelligence. If they did this, then they would have to face the ugly truth of fellow Coalition members and their respective roles in keeping ISIS in business. This includes US-UK allies Saudi Arabia, Qatar, Turkey, and Jordan – each of whom has played a pivotal role in fueling instability and terrorism inside Syria and Northern Iraq. If justice was truly being served here, then the UK Parliament would deal first with this issue long before any War Vote should ever come to the floor.

A more robust international legal argument can be found here.

Make no mistake, this is one of the most important decisions government will make in the young 21st century. Prime Minister David Cameron’s most recent push for a ‘war vote’ smacks of political opportunism by a politician who is seeking to capitalize on a residual emotive public sentiment in the wake of the recent Paris Attacks. If today’s western leaders truly understood history, then they would know that when the harsh lessons of Nuremberg go unheeded, and undeclared wars of aggression are allowed to be waged, these ultimately lead to a state of international lawlessness and anarchy, which has and will so often lead to World War.

It seems as if David Cameron and the sponsors of this latest attempt to upend International Law are not willing to pause and give any serious consideration to this important historical lesson, but rather, they are bent on repeating the destructive political decisions of past governments by waging illegal military interventions in the name of the British people.

So if the ‘international community’ really wants to see ‘peace and stability’ return to the nation-state of Syria, then it should stop breaking international law in Syria.

Enough with the exaggerations, the propaganda, the lies and the deception. Stop the dirty war in Syria.

All MPs should consider their choice on this issue. Don’t be on the wrong side of history this Wednesday.

Concerned About Our Future (are you?) 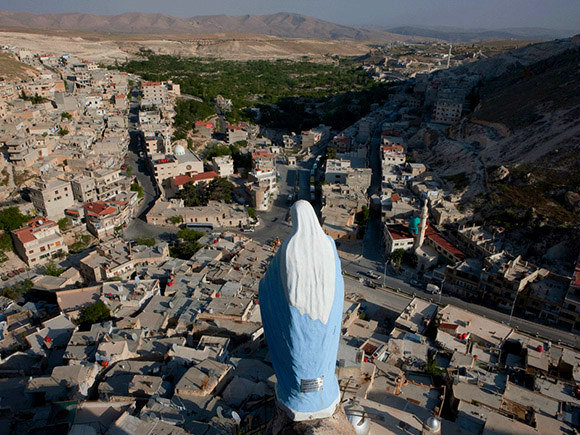