Earlier this morning, Zionist warplanes struck a residential building in Jaramana city in Damascus countryside killing the famous Hezbollah resistance fighter, Samir Quntar and reportedly massacring up to 9 innocent civilians.  We are still awaiting confirmation of the total number of deaths and casualties from this illegal raid that has been celebrated by members of the Syrian “moderate rebel” opposition…going so far as to thank Israel for their good work.

On a day when Israel has violated Syrian airspace yet again and assassinated a Hezbollah leader, Samir Quntar, I have received a comment from a Damascus resident concerning the lies being disseminated regarding President Bashar Al Assad.

His rage at Israel’s blatant disregard of International law and human life was palpable: ~

“Sorry for my language but I fucking hate them [Israel] & now the UN is telling Syria to have elections!

I was at the last elections helping escort people to the polling stations. Al Nusra  [aka “Moderate Rebels” according to Charles Lister and the UK Government] shelled us all day.

Still the people came out in their thousands to vote for Assad.  I was there,  I saw it with my own eyes.

Then that night BBC and other media said the vote was fixed.  My answer to them is simple….people don’t go through shelling to vote for a man they don’t want.

He was in my [Damascus] suburb a few days ago [2015] and people swamped him kissing him ,children wanting to hug him. “ 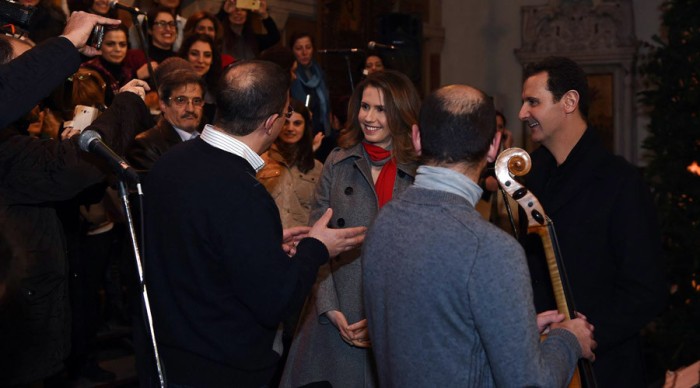 10 thoughts on “President Bashar Al Assad. The Truth from Damascus.”