Jon Snow, in another of Channel 4’s appalling displays of aggressive propagandizing, attacked Fares Shehabi, even, falsely, accusing him of attacking his own people during the liberation of East Aleppo from Nusra Front-led occupation and brutal rule of extremist sectarianism.

Fares Shehabi took myself, Jan Oberg and Andrew Ashdown to the Sheikh Najjar industrial district of Aleppo and showed us around the premises of what had once been an olive oil factory and is now a school for 1500 Sryian children who had been deprived of education during the 2 year ISIS/Nusra Front occupation of this particular neighbourhood.
In this short interview, Shehabi explains the importance of education in battling the extremist ideology that threatens to infect the younger generation in Syria, if left unattended.

In this photo, Fares Shehabi explains how they decided to convert his olive oil factory into a school. (Photo: Vanessa Beeley) 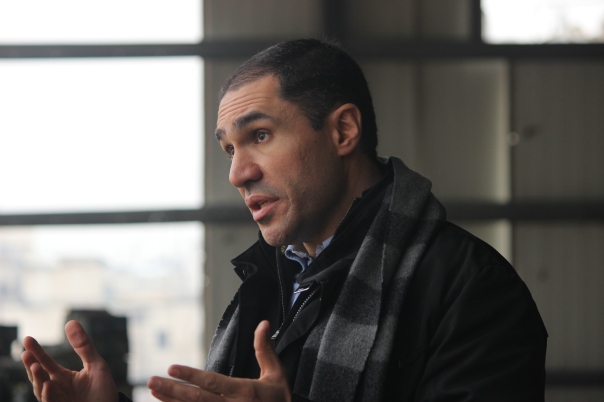 Here, one of the teachers at the school explains, in her own words, how it feels, to be able to begin educating the children again:

This was a common theme among all we spoke to, including the director of one of the schools in Hanano, Hamid Al Omar.  The school he was about to re-open had been converted into a Sharia court and weapons/equipment store by Nusra Front, during occupation.  Al Omar told us that the Nusra Front terrorists had burned desks and books, they had used the basements of all schools as prisons.

According to Al Omar, children in the district of Hanano had been living under enforced “ignorance”and had been subjugated to Nusra Front extremist-ideological rule. He describes the terrorists as not from Syria, but from Turkey predominantly, Qatar and Saudi Arabia.

The school was being cleansed of Nusra Front presence and would be re-opened within 48 hours of liberation. Here Al Omar describes some of the contents left behind by Nusra Front and his feelings regarding the occupation of his school by extremist factions:

Education, according to the majority of Syrians is their greatest weapon against the poison of Wahhabi extremism that has been foisted upon them by Saudi Arabia, Gulf states and of course engineered behind the scenes by Turkey, US, Israel, UK, EU, Jordan, Australia, Canada among others. 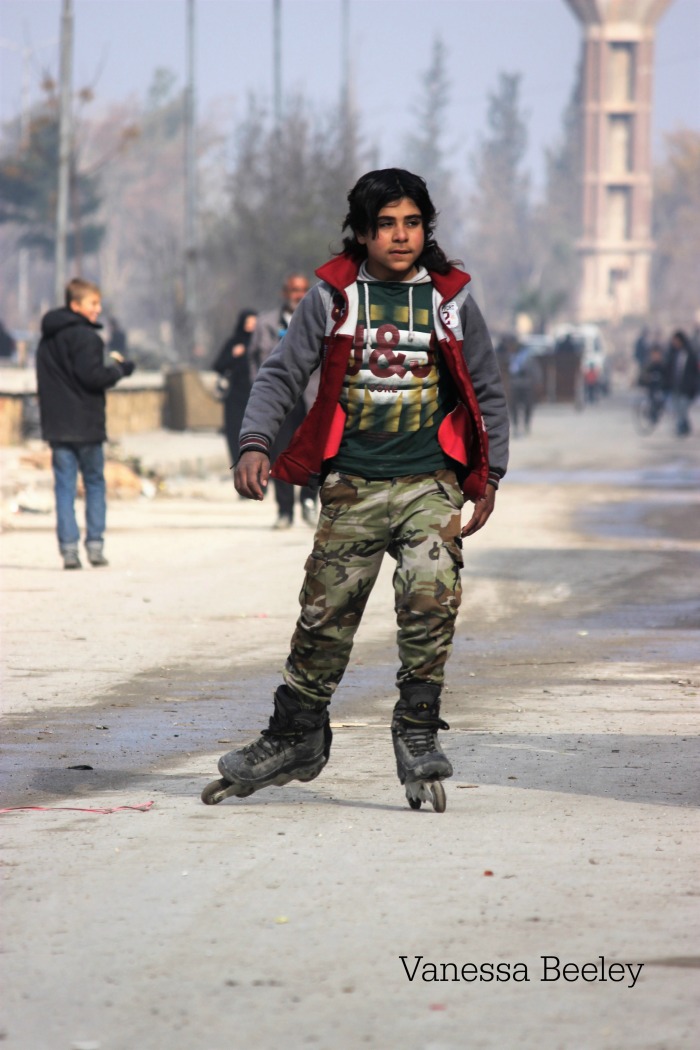 Mohammed, 13, from Hanano. Both his brothers, aged 8 & 9 were murdered by the “moderate” FSA because their father was in the Syrian Arab Army. He cannot wait to go back to school. (Photo: Vanessa Beeley)