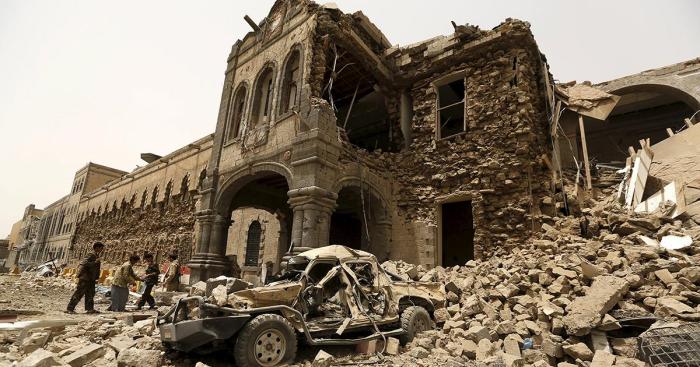 Yemen is the moral litmus..it is revealing more than any other nation the naked, exposed evil of the destroyer alliance. There is no hidden agenda here, it is unmitigated genocide permitted, facilitated and condoned by the international community of tyrants and cowards.

Mohamad Shami:  I pray that hearts and minds are hearing Yemen .. But this is the first time that as a Yemeni,  I feel I would stand for our rightful cause even if I were the only one in the world who does it.

In Yemen there is a strong feeling we have that what’s happening is so different from anything we have experienced before.

You rightly said Yemen current events are unveiling the masks like never before.  We can see that and sense it

The ugly face as well as the good hearts from all over the world are being GROUPED IN TWO DISTINCT LINES!

It is certainly worth the pain and sufferings

V:  I was talking with someone today, a dear friend in the UK, he said that they only group of Muslims in his area who will worship in any mosque, Shia or Sunni are the Yemenis. I feel that Yemen’s spirit and courage is rattling the power hungry because whatever they do to you, whatever they throw at you, your bravery keeps expanding and laughing at their efforts to bring you to your knees. The world is responding because the world needs a hero and Yemen is that hero. Defenceless, poor, hungry, starving, blockaded yet still able to dance, laugh and spit in the ugly face of the Saudi despotism.

MS:  To be honest, even with all the description you gave about Yemenis (which I tend to agree with), we draw a substantial portion of that from people like you. Those who are on the other corner of the world, yet they CARE and they SHARE!

For no other reason except that they are truly humans!

Those people could have just listened to Yemen news on TV and then flipped the channel .. millions do. Only very few don’t!

They make the difference because they want to .. and the world has reached the point where it is in really urgent need of a change.

A change from the sick minds that have been controlling us and others for ages. Many people believed them for a long time but now their disguise is falling like never before. So what is the excuse now for not being able to reach the truth when all the inputs are so vivid? Why keep flipping the channels? Why not be a true and sincere human? THAT radiates more than you can imagine my friend! Yes, we are as you described but we need clean hearted and honest humans to stand beside us from around the world. It makes a difference to us

And it certainly makes a big difference to the world!