“We resign because we prefer to take the courageous Palestinian resistance as our standard, and not anti-Semitism.”

Please be advised that the Free Palestine Movement resigns from the U.S. Campaign to End the Israeli Occupation, effective immediately.

We resign because of the disgraceful, disrespectful and unjust treatment of Alison Weir and her organization, If Americans Knew, in the procedures to expel her from the Campaign on the spurious grounds of insufficient avoidance of anti-Semitic persons and institutions.
We resign because it is clear that the decision had been made to expel IAK before the proceedings to do so had ever begun.
We resign because, in defiance of the most basic principles of justice, Ms. Weir was not given the opportunity to confront her accuser.
We resign because no evidence was presented that she herself is anti-Semitic.

We do not give our consent to be considered one of the many cameo organizations, used to inflate the apparent size and importance of the USCEIO even though they have long stopped participating. We believe that the USCEIO is a much smaller organization than it pretends, and should be treated as such. Please remove us from all mailing lists and from the regional list serve, with its threats to remove anyone who steps out of line.
Finally, we join others in thanking the USCEIO for revealing its true face of arrogance, repression and hypocrisy to all who care to see. In this respect you have rendered a great service. 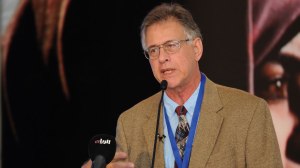