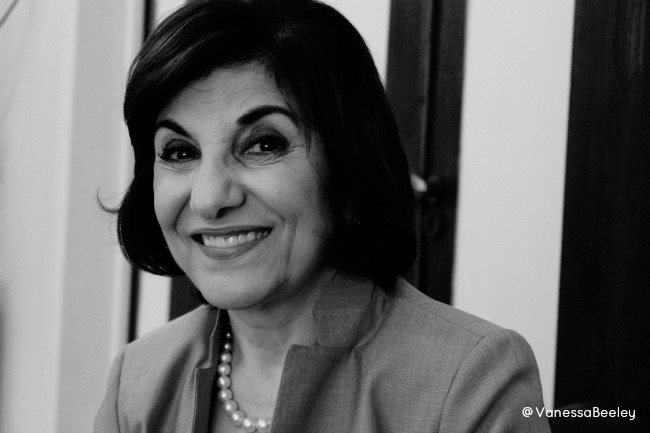 In a world where lies and rumors replace facts, and become central to the corporate media narrative; in such a world you only feel absolute comfort when you sit down with friends, allies, and partners who share your principles, values, and ethical standards, and do not dispute the fundamentals of your principles and objectives.

As you go smoothly through the meeting’s agenda, simply because everyone means what he says and does what he promises, you start thinking about the difficulties you face with the other side, and you remember that the reasons behind the pointless discussion with their officials are lack of honesty and the contradictions between their true motives and what they express in public. Right there, you sense what is wrong with our world today, and what is the main source for the troubles we face, ranging from wasting time in pointless discussion all the way to the loss of innocent lives, the destruction of countries, and denying entire generations the right to education and a free and dignified life.

The foreign ministers of the Russian Federation, the Syrian Arab Republic, and the Islamic Republic of Iran met in Moscow, and it was clear that all of them are departing from a deep belief in the sovereignty of states, a rejection of foreign intervention, the right of people to decide their fate away from foreign dictates, a rejection of land grab by force, and absolute solidarity with peoples suffering injustice and the loss of their rights. And when the discussion is based on such principles, and on the unity of ideas, values, and ethics, it is not too difficult for such a discussion to reach important strategic conclusion, which would shape the future.

In such a meeting, hegemonic, colonial, and superior attitudes are completely absent; and you start to remember how hateful the racist approach present in meetings with Westerners, which demands you to prove your innocence at every juncture, thus robbing you of your humanity and your right to be treated equal, which should have been a nonissue in the first place.

In the Moscow meeting, I saw the coming world in which our children and grandchildren would live, a world devoid of racism; a world in which politicians, the media, and all people are honest and respectful of all human beings regardless of race, gender or creed. A world, all the inhabitants of which, wherever they may be, feel a sense of belonging and share a stake in its preservation and progress. A world in which everyone accepts and cherishes the different cultures and languages, and sees them as a gift from God rather than a pretext for national and racial supremacist claims. For despite all what Westerners and their media claim, the truth is that Western treatment of all other countries is a racist and supremacist treatment that seeks to advance the interests of the West at the expense of the rest of the world.

Looking at this coming world, I feel that the sacrifices of our martyrs and wounded were not only for us, but also for all mankind, for a better world and a better future. Looking at this future world, I am certain that we are living in a difficult phase of history resulting from the difference between what the West says and what it does, because it is fighting to preserve its colonial ways and its preferred methods of humiliating, destroying, and looting other peoples for its own benefit.

Looking at the future of our children and grandchildren, I feel that the battle we are fighting today was inevitable, and that it is for the greater good and for a better future for the coming generations. In this rich and constructive meeting in Moscow, I felt that the entire world is uniting to reject once and for all the concept of hegemony, and to reconstruct international relations on the basis parity, of respect, and shared interests.

Wherever I go, and whenever I write, I never forget to pay homage to the souls of our martyrs, and wish a speedy recovery to our wounded brave soldiers, because their blood and suffering are the torch that lights the path to freedom and dignity. I also do not forget to salute everyone who believed in the inevitability of victory, despite all the difficulties, and worked hard to achieve this victory, offering his life, money, effort, and prayers. As for the traitors, culprits, war profiteers, and those who call on the enemy to invade their country, they will be forgotten and they will never appear in the pages of history ever again.