According to Saer Asleam: “Ahrar Al-Sham is trying to lessen the pressure on its fighters in al-Zabadani by strangling the inhabitants of Kafarya and Foua. This is being done by targeting them with hundreds of missiles, and by direct attacks using tanks and armored vehicles. Al-Nusra is also participating through suicide attacks and bombed cars. But all these attacks haven’t worked out to achieve any breakthrough to get in the two villages thanks to the resistance by the locals of the two villages who have formed popular committees.” 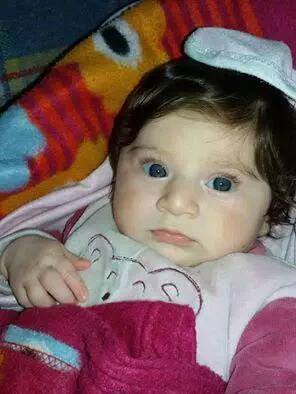 Part One of Two

Infant Rimas Al-Nayef was one of at least 5 children killed by NATO-backed terrorists’ shelling on August 10, 2015 in the northwestern Syrian village of Foua. Another 25 residents were killed by the up to 1,500 rockets and mortars which Jebhat al-Nusra (al-Qaeda in Syria) and other terrorist factions rained down on Foua and neighbouring Kafarya village, just north of Idlib. Scores more were injured on that day alone. Yet, scarcely a peep in the corporate media, as massacres committed by western-backed “moderates” do not merit media coverage, do not suit the war agenda.

The attack was waged by a number of different factions, primarily al-Nusra, Jaysh al-Fattah (the so-called “Army of Conquest”), and Ahrar al-Sham (Liberation of the Levant Movement) along with other “moderates”…