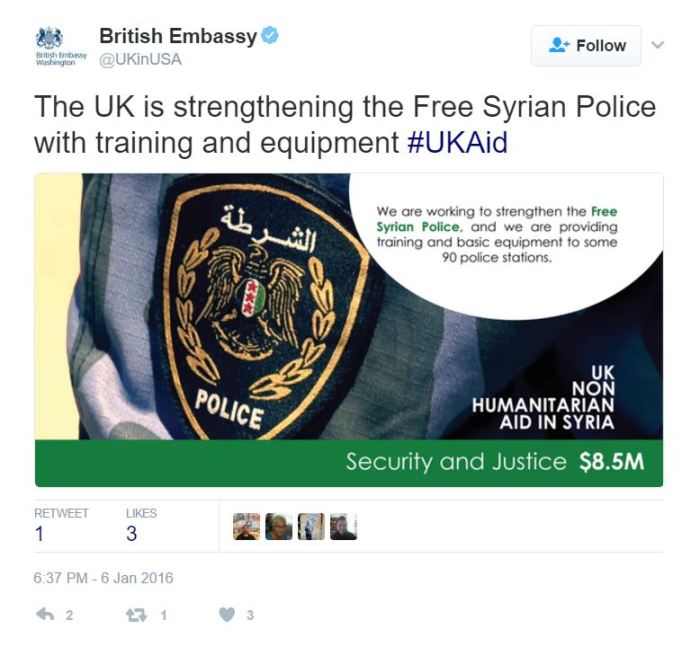 In 2013, the British government launched the pseudo first response unit, the White Helmets, in Turkey. The White Helmets is a multi-million-dollar-funded so called NGO, paid, equipped and supported by the NATO and Gulf states focused on regime change in Syria. One year later in 2014, Phillip Hammond, UK Foreign Secretary, was collaborating  with the Syrian National Coalition, a Syrian opposition party, heavily populated by the Muslim Brotherhood, on another shadow state project.

I will be writing an in-depth article on the Free Syrian Police, over the next few days, in the meantime, Mike Robinson and Brian Gerrish of UK Column spoke with me about the FSP founders and the current media moves to highlight the role of the FSP in the Nusra Front and ISIS terrorist, occupied, region of Idlib. Watch ~