On August 31st 2022 Israel targeted both Aleppo and Damascus International Airports in Syria. The attacks were one hour apart.

At 8pm three powerful explosions rocked Aleppo City. Israel had attacked the runway of Aleppo Interntional Airport damaging the western zone. The Airport was out of service until the 2nd September when the Syrian Ministry of Transport announced it was operational again.

There is also a possibility that Russian military personnel were present in small numbers at Aleppo Airport when Israel attacked. This would signal a change in Israeli tactics although some reports have claimed that Israel gave a ten minute warning to Russians on the ground.

Four Israeli F-16s launched 8 missiles targeting Aleppo Airport from the Mediterranean coastal waters without entering Syrian airspace. According to sources Israel took advantage of a gap in air defence between Latakia and Tartous which was a result of previous Israeli attacks. This has been a long term strategy of Israel – to weaken Syrian air-defence capability.

One missile hit the western runway. Two missiles were intercepted over Aleppo and five missiles destroyed on their way from the coastal waters. The Syrian Air Defence demonstrated its efficiency without the need of Russian involvement. 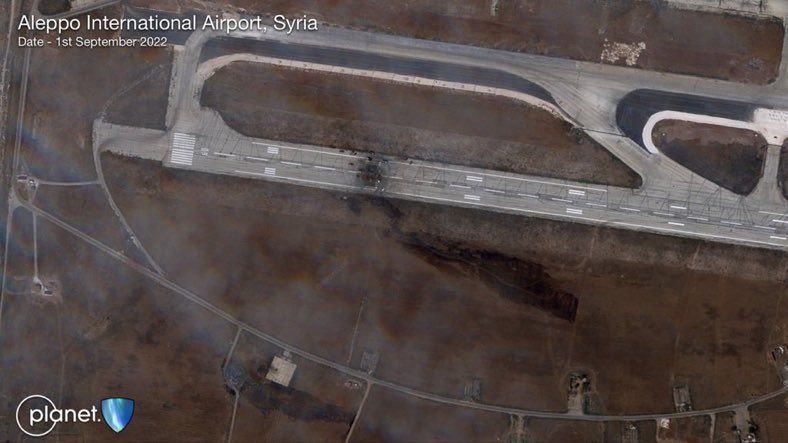 Military source: “At 21.18 p.m., the Israeli enemy carried out an air missile aggression from the direction of Lake Tiberias in northern occupied Palestine, targeting some points south east of Damascus. Our air defenses confronted the aggression’s missiles and shot down some of them. The aggression caused some material damages”

According to Syrian researcher and military expert Ibrahim Mohammad Wahdi:

My section of the UK Column News on 2nd September covers the Israeli/Pentagon rumour mill circulating information that Russia has withdrawn one S300 battalion from the Mesyaf area – the Mesyaf Research Centre was targeted one week ago: